It all began WITH A BUTCHER AND SOME GUTS… 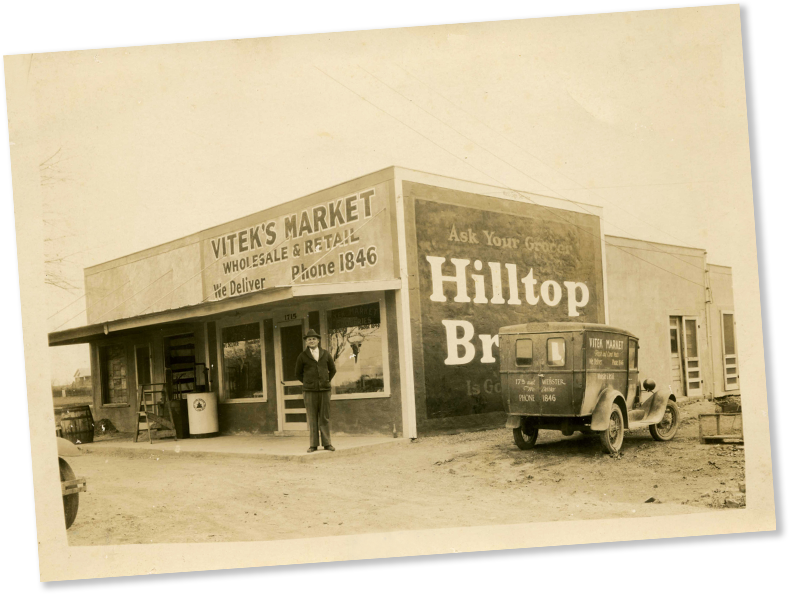 William Martin Vitek, a butcher, opened the doors of Vitek’s Grocery and Meat Market in Granger, TX in 1915 later moving it to a small piece of property in South Waco.

A butcher by trade and a good businessman by heart, he truly cared about his customers and committed to providing them with high quality meats and other foods. He showed his appreciation by fulfilling their special requests–whatever it would take to make them happy–creating the foundation upon which Vitek’s BBQ was built and is still the way it operates today. 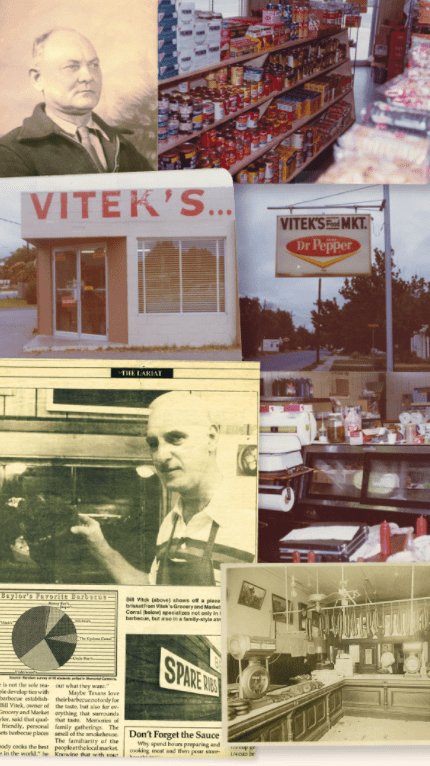 WILLIAM FRANK IN THE 50’s

In the late 1950’s, William Martin’s son, William Frank (“Willie”), took over the business and started making his own sausage, cooking barbecue on a portable pit and serving barbecue sandwiches. He also began Vitek’s take-out service so that customers could pick up great food quickly and take it home or to work. 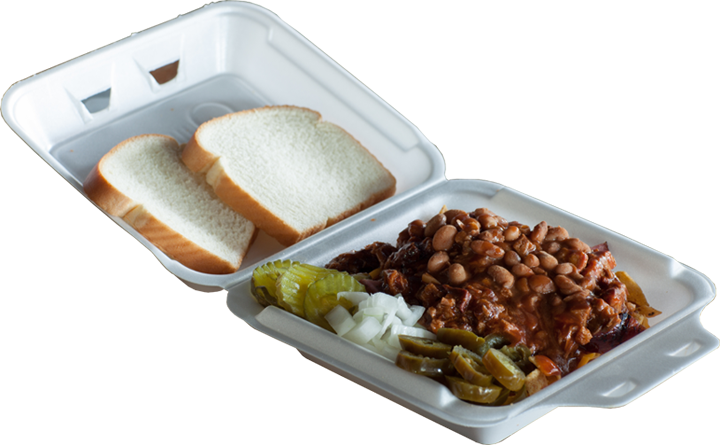 THE BIRTH OF A WACO CLASSIC

In 1972, Willie was ready to retire and he turned the business over to his son, Bill, and his wife Susan. While small grocery stores and butcher shops were closing all over town giving way to the mega supermarkets and fast food restaurants, Bill was innovating.

In late 2006, Bill and Susan retired leaving Vitek’s to Julie, their daughter. In July of 2007, Julie and her husband, Jason, expanded the restaurant by adding a large dining area with comfortable booths and tables. They also built a biergarten where they host community events and live music almost every night. Folks from Waco and students at Baylor University know that there is always something going on at Vitek’s. 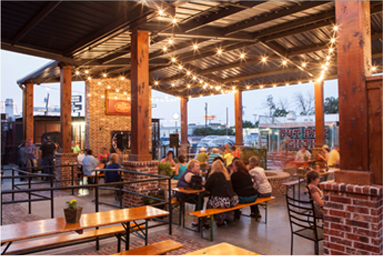 While the restaurant looks different, our high standards of quality food have never wavered and we still treat our customers like the good friends they are.